Twice a year we load up and make the journey to High Point, North Carolina in search of the latest trends in home furnishings at reasonable prices.

For those of you who aren't familiar with the Furniture Market; the first, formal Southern Furniture Market was held in High Point March 1–15, 1909. Regular shows were held in January and July. With the exception of 1943, the market was put on hold from 1941 until the end of World War II.

During the 1950s, informal "in-between" markets began to emerge, hosting visitors in April and October with the main markets still being held in January and July. However, the size and scope of the mid-season marketing during April and October begin to surpass the January and July shows in the 1960s and by 1982, the January and July shows were discontinued, leaving the April and October shows. In 1989, High Point's largest showroom, the Southern Furniture Exposition Building, changed its name to the International Home Furnishings Center, or IHFC. With nearly 7,000,000 square feet (650,000 m2) of furniture showroom space already available around the city, a decade-long showroom building boom began. In the 1990s, a construction boom added an additional 3,000,000 square feet (279,000 m2) of showrooms to High Point. Showroom expansion continued in 2000, with the addition of new temporary exhibit spaces: The Suites at Market Square and Showplace. A year later, the 12th floor of the IHFC opened, giving the building 3,500,000 square feet (330,000 m2) of space, more than 14 times its original size.

Navy Is The New Brown

We've seen colors come and go but neutrals remain constant... until now. Brown and grey are consistently heavy hitters in the upholstery world but navy has been gaining popularity over the last few years and it's safe to say she isn't going anywhere.

As new, high-tech materials minimize the maintenance so long-associated with white and other difficult fabrics (more on that later). We can now move forward with confidence in adding its qualities to our spaces.

For the longest time in home design, velvet has been synonymous with luxury and opulence, and I’m not suggesting that’s changed overnight. But if you ask interior designers, they seem to think that this once fancy-pants material was starting to go mainstream; mainly because of advances in fabric technology.

The velvets of yesteryear were easy to stain, on the stiffer side and available in limited colors—unless you wanted to go super-custom. But these days, you can walk into practically any store, and find upholstery velvets and velvet accents that are soft and plush with a number of low-maintenance characteristics from machine-washable to fade-, stain- and abrasion-resistant. And design wise, they’re just not stuffy anymore. They’re not your parents’ velvets, people, so trust me when I say, it might be time to seriously consider this material.

Made in the USA 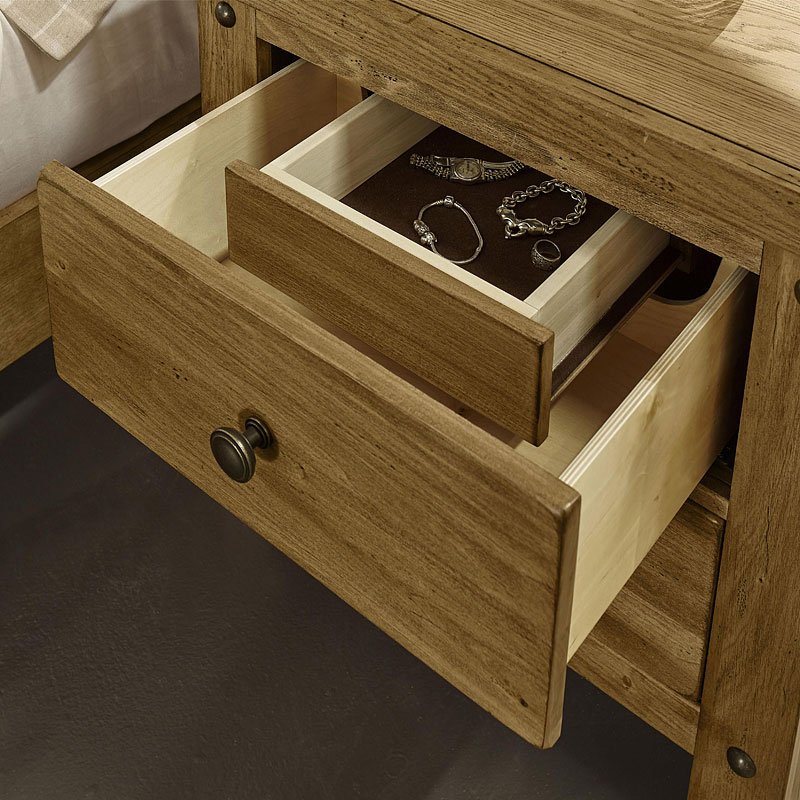 In addition to their super-durable iClean fabrics, La-Z-Boy has introduced a new line of sustainable upholstery fabrics made from recycled plastic! As we all know, plastic pollution is reaching a critical point. In fact, more than 40 percent of plastic is used only once before it is thrown away, where it lingers in the environment for a very long time. Not much is known about the new line of conserve fabrics as it was just introduced this market and is not yet in production. Although it's safe to say that a furniture giant such as La-Z-Boy will make a noticeable impact. Shop La-Z-Boy here

Vaughan-Bassett Furniture Company is committed to manufacturing its furniture in a responsible and environmentally friendly manner. Through its "One for One" program, Vaughan-Bassett has contributed 150,000 tree seedlings in 2007 to the Virginia Department of Forestry.

The planting of these 150,000 maple, oak, ash, pine, poplar and applewood trees allows the replacement of every tree used in the production of the company's bedroom suites.

Since 2007, over 1 million trees have been planted by the Virginia Department of Forestry through this program. Vaughan-Bassett is a founding member of the Sustainable Furniture Council and is committed to a program of continuous improvement of its systems, striving to be an industry leader in producing environmentally responsible bedroom furniture. Shop Vaughan-Bassett Furniture here

Going to market is always a fun experience. We love getting to see what's new and track down affordable versions to bring home. I don't know about y'all but I'm most excited for the velvet and sustainability trends to gain a little more traction. What do you think about the upcoming trends? Is there a trend you've noticed that I may not have mentioned? If so, leave it in the comments!

Put a Spring In Your Step